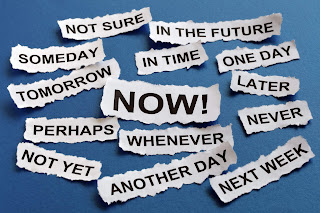 This week I want to tell you about a funny adventure I had because of my procrastinating tendency , and how I turned out to be the living  proof that French people are not really good at languages.


We all know that prevention is better than cure, so I won't harp on it, cause I may sound a bit preachy,but yet, there's something niggling at the back of my mind, and maybe you can clear it up for me.

In the place where you live, how long does it take to get an appointment with a specialist doctor ?

Here in Brittany getting an appointment with an eye doctor within a couple of weeks is just wishful thinking.
I usually have to wait three solid months before being able to see ( or not to see, that is the question) that specialist.
A way to queuejump ?
Unfortunately, none ! I have racked my brain about one,over and over, in vain !
Trying to bribe him with some butter and sugar-soaked breton dessert is useless. The man is the sporty type and pays attention to his figure (and his activity figures, too...). 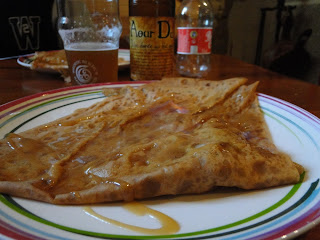 Buttering him up and telling him he is a sight for sore eyes, the light of my light , the apple of my eyes ? No way ! That guy is really a badass!


No need to let my imagination run riot and get my hopes up.
I just have to take for granted that, whenever I want to have my eyesight checked, I am doomed to wait three months.

So, if I were a born-organized girl, of course I would make an appointment every year at the same period.
Well, to be honest, when it comes to medical appointments, I am anything but organized.
Fake excuses and procrastination rule the roost !

But, a couple of weeks ago I was gently reminded that there are things that should not be left on the back burner ...

I was nearly done with my week's to-do list and was quite satisfied with myself, even though the red flag ' make an appointment with the eye doctor ' was still flying frantically at the bottom of the list. 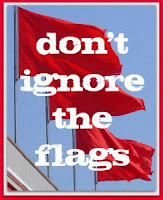 Actually, it had already been flying there for two weeks, and, even worse, in small letters ! A kind of ' out of sight out of mind ' rank.
Anyway, it was Friday, 6.30pm, so too late to bother my dear doctor.
I promised to myself it would top the list the week after and as  Ulysse , my little dog, was ready for a his walk,off we went.

Ulysse had been frolicking off leash for a while, when I caught sight of a couple with a child on a tricycle and ...a cat on leash ( quite unusual, but why not )coming towards me.
I called back Ulysse and took him in my arms,cause that sweetheart doesn't get along with cats.

As they were getting closer , I could hear them speak English, so when I passed near them, I apologized for not socializing and said :

And I walked away.


That's when I heard the man say to his wife :

" French people make effort to speak English, but jeez they really lack vocabulary ! ' DOG ' is  an easy word to remember, isn't it ? ".

I turned back, screwed up my eyes, and realized that actually the cat on leash was a puppy teckel !!

No need to tell you that the week after I called my eye doctor! 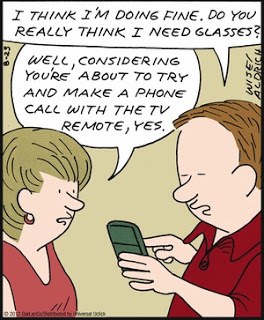 
My name is Canaille. I'm a twelve-year-old English Springer Spaniel, and Mum says I do justice to my breed, cause I behave as if I was still a puppy.


I hope I am not on your " naughty list ", cause every day, to make up for all my silly antics, I help Mum and Dad with household  chores. 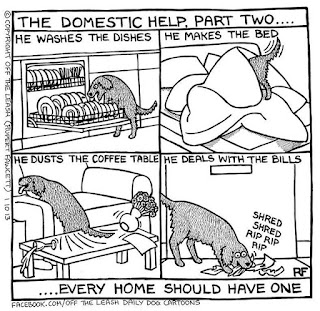 Anyway, this year I won't be demanding like some of my buddies who have asked you for an I-Bone!


No, really, dear Santa, the only gift I'd like you to bring me is a magical key to open the treats drawer.


I've tried telekinesis, but that damned drawer hasn't moved an inch! I guess I'm hopeless at it.


What's more, just a key shouldn't be too heavy for you and your eight flying reindeers.


I promise I will use it in moderation, English Springer Spaniels'honour.


The excitement of  unwrapping Christmas gifts really keys me up,and I hope you will achieve my dream.


Plenty of cuddles from Canaille, the wannabe key holder. 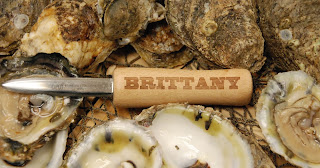 Ready to go on an oyster binge for Christmas?
Then, Brittany (the place where I live) is definitely the place to be!
Breton oysters have been delighting the region for several millennia.
Yet, don't count on me to praise their virtues, cause actually I don't like oysters.

The first time I was invited at my in-laws', I managed to put a brave face on the huge platter of glittering oysters lying on a bed of crushed ice.

After all, a good sprinkle of lemon juice and a hearty bite of brown bread should help me to deal with those tiny sea creatures.

I was about to swallow the third one, hoping it would take the quickest slide down to my poor stomach, when the six-year-old cousin sitting just in front of me , asked me if I liked oysters. When invited to your in-laws for the first time, no way to be picky and turn up your nose at their treat, so I answered bravely :

" Oh no ! ", he said, " I can't stand them. You know why ? A buddy at school has told me that when you eat them, they are still alive, so, once in your tummy, to escape the slaughter, the strongest ones creep up back to your throat ! ".

Yuk ! I nearly chocked. I stared at the three  victims left in my plate.

I looked at the little boy and said it was just nonsense.

Then, to put an end to my so-called treat, I tipped the shell up, let the oyster shouting for help slide along the death row, I mean, my throat .

What was the conversation about at that very moment ?
Not the slightest idea !
I was just praying for the oysters' fatal slip and fall.
If they survived, there would be soon an oyster bed in my stomach !

Fortunately, some time later, when I got more at ease with my mother-in-law, I told her that oysters were not my cup of tea ( or cup of sea, as you like).

Anyway, don't get me wrong. I am not a finicky eater : except oysters and " tripes à la mode de Caen" , I like everything.
So, if some day you want to invite me for brunch, lunch or dinner, you won't have to rack your brain. Whatever you have in the fridge will do !

That's all for this week, folks.

By the way, while waiting for my next post, why not have fun  saying the tongue twister below :

She sells seashells by the seashore.

WHAT IS A DOG'S LIFE? 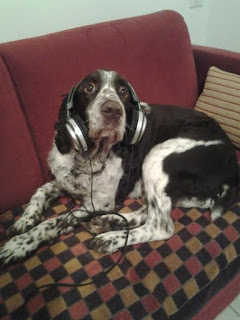 My name is Canaille and Perky, this blog co-owner is my Mum.

I have noticed that when life is difficult, unpleasant or boring, Perky often says it is a dog's life. How weird!! You know what?  I'm the living proof that a dog's life is just permanent bliss. No kidding, guys, from dawn to dusk I'm on cloud nine !
Very well- looked after ? Oh, that's putting it mildly ! Actually I'm spoiled !
Nothing to say about accommodation and catering : comfy baskets, soft fleece blankets and  a deluxe couch with memory foam  for senior(Xmas gift) are at my disposal whenever I feel like curling up or sprawling for a well-deserved nap.

Twice a day Perky calls me for a mouth-watering bowl of dry or lightly-cooked food. I never fail to be in the kitchen,bang at 7am and 5pm, cause punctuality is the politeness of kings (and for Perky I am a kind of king). To thank my 'waitress', I always do justice to her meals, and then once done , I can  always see a springer begging for a second helping .Look ! 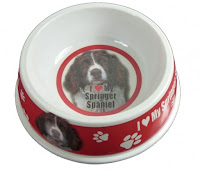 Entertainments : I'm really lucky, cause I belong to a playful pack. I love playing " fetch the ball " with Daddy. He throws the ball so strongly that I have to run like a bat out of hell all through the garden to catch it. He sends it so far that sometimes to spare time I start off when he's still holding the ball, and then , go figure why he calls me 'cheater'. I guess it must be a nickname, or maybe a way to cheer me ! Perky is not good at that game. Really she is hopeless ! She should tone her arms a little, cause fetching a ball which has landed only 10 meters away is no fun. 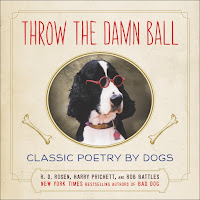 So, you see my life has nothing to do with a dog's life. I have everything to be happy...except (yes,that's the exception that proves the rule) two small trifles.
Why does Perky keep a monster in one of the cupboards ? When she takes it out, it makes such an awful noise that I run like a mad to find a shelter , and then Perky never fails to tell me : " Come on, Canaille, it's just a hoover ! ". I always feel like asking her : " Tamed or wild ? ", but I am too scare to bark at it ! 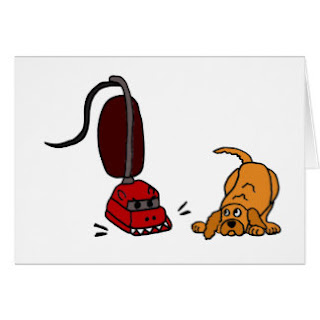 The case of the Treats Drawer is a bone of contention. Perky opens it too rarely, and even worse she says it's no use staring at it, it won't open magically ! Well, I won't give up, I'll keep trying, cause as the saying goes : Hope well and have well ... 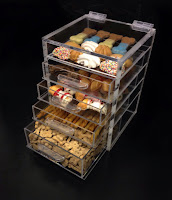 Well, you know everything about me. Feel free to ask me questions and I'll tell you how to enjoy life with drive and gusto.
Now I' bone-weary and I'll curl up for a nap. 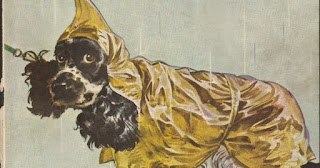 Do you remember me?
My name is Canaille and Perky, this blog's co-owner, is my Mum.

Today a question if you don't mind.

By chance does anyone have the code to turn the rain button off?
No kidding! In Brittany where I live, it has been raining cats and dogs for nearly one month now and I'm really fed up!

Fed up first off with all those buckets of water falling on my head whenever I paw out. I have never registered for the rain bucket challenge, so whoever has launched it, will you please stop that silly game!

Fed up too with Perky's mood on rainy days. She keeps bitching about my muddy paws and my wet dog smell, but she should know that with my poor sofa-keeper salary I can't hire a paw-cleaner or buy any perfumed water!

Last but not least, fed up with the idiom " it's raining cats and dogs ".
When Perky walks me out in the rain,she keeps repeating it :

"Come on Canaille, hurry up, wee-wees, poo-poos, it's raining cats and dogs! "

What as silly idiom! Just a quick glance around is enough to realize that  idiom is just rubbish!
I'm the only dog in the local  open-air restroom and even the  stray cats are off work. Raiding the bins in the rain is not their cup of milk (=cup of milk in human language).

So now I guess you really see why I feel low and sluggish.
Sure, yummy treats and chewy biscuits give me a temporary boost, but then I come crashing down again in my basket.

I'm sending you an S.O.S. Please give me the password to get some sunshine!